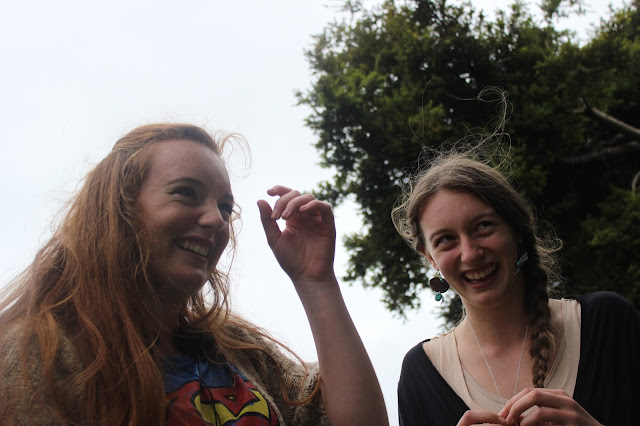 There are some weird things that happen when we sleep. I thought it would be amusing to share some stories with you, some funny things that have happened in dreams. I dear you to take inspiration for a short story if you like. You know that's how Twilight started, so you never know what might happen. This is the Celebrity Edition of our Weird Dreams.


Backstage with Demi Lovato, by Rebekah
I was in a backstage area with big red curtains hiding the event I was at, when Demi Lovato came off stage to find me there. I tried to speak to her but obviously not knowing who I was made her skeptical. I just tried to convince her that we would be friends one day, because I would be successful in my music career enough for her to want to know me then. It's a bit of wishful thinking but I thought it was worth a shot. She didn't. And she left. Other people were supportive and I wasn't put off; still sure of my future. But I'll reconsider what I should say next time I introduce myself to people higher-up in my industry.

Joe Jonas wants to meet Beka Ellen, by Danielle
Driving down a busy street in Queenstown, we were suddenly stopped by Joe Jonas who talked through the car window to flirt with Beka. We drove on with a giggle, leaving him and later we were looking in a candle store when he suddenly showed up once again, trying to convince Beka that they were meant to be together while I awkwardly became suddenly very interested in the candle display so I wouldn't have to watch them be weird. Beka ended up running away with him and they skipped off to the mountain ski field leaving me all alone in the shop.

Ed Sheeran's Visit, by Rebekah
Background; My mother runs a farmstay, a Bed and Breakfast in the extra wing of our home. It's registered public accommodation and it's also out of town. Now, what happened in my dream is that Teddy was down for a concert and was staying here in the farmstay. I was freaking out of course hoping to nicely get a chance to talk to him about my own musical ambitions but he wasn't in much because my father had put him to work in his business. Dad was making Ed Sheeran work with the sheep in the yards all afternoon rather than making his pay for his accommodation. I promise this is not what usually happens if you stay here; there is an option of a farm tour but you shouldn't have to come back to your room exhausted and seriously needing a shower.
My dad is actually a fan of Ed Sheeran and would give free accommodation if he was coming to play at his 50th birthday. That's April 2017, incase Ed needs to know.

An Interview with J.K.Roling, by Danielle
I was an important journalist in the middle of an Oscar-for-book-award-ceremony and I was interviewing the stars. All the air went out of my lungs at the sight of J.K.Rowling whom at that age I had only seen in the back cover of her books, which showed in this dream as she remained 2-dimentional. Nevertheless, she was still the real deal and I HAD to interview her. Except, unfortunately, I discovered my notebook to be missing, and all my previously thought out questions to ask gone with it. So I just had to ask something anyway, I managed to come up with "So what was Molly Weasley's maiden name?" A question I had never before pondered but there it was and sadly I woke up before my brain could come up with an absurd answer.

Sharing my email address because I knew it was a dream, by Rebekah
Meeting Zoe Sugg is obviously too good to be true even for a dream. It happen at a mountain look out somewhere in New Zealand and when she turned up she was happy to chat to me. After making acquaintance I wanted to leave her my email address so she could reach out to me later and perhaps check out my YouTube channel. But I suddenly realised I was dreaming and began hoping that she would contact me later when we both woke up. That is not how it works though, is it? Sad.